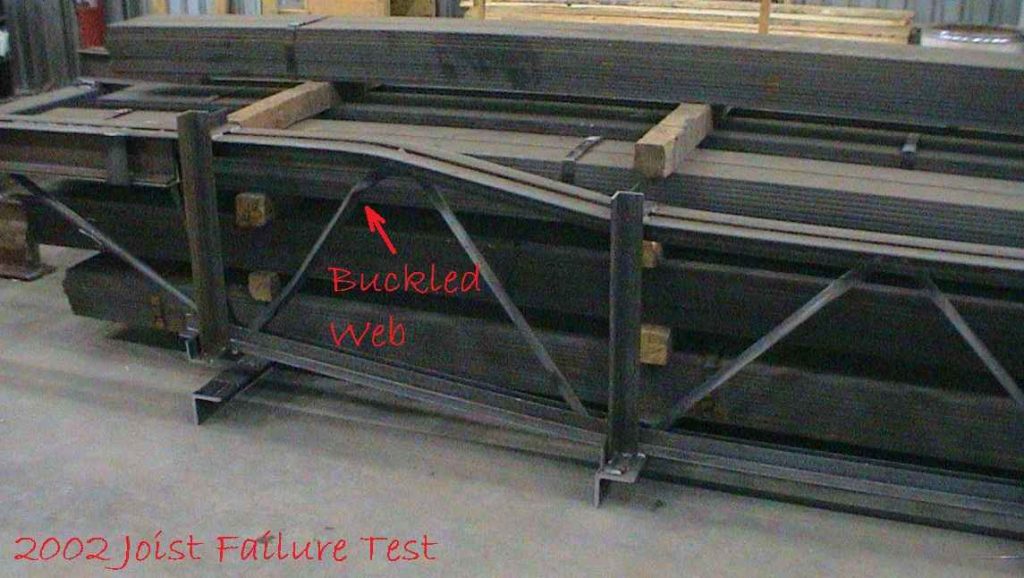 Question: would you rather find out the roof over your head was ready to collapse before it actually happened, or after? Afterward doesn’t really help, does it? Now, a question for the Christians out there: would you rather find out where your trust in God is weak before it gets put to the test, or afterward? Maybe for some of you, if you were honest, you might say, “I claim I trust that God is good, and that He is sovereign… but if I ever got cancer, or my child died, or something bad happened on a massive scale (like a tsunami), my trust in God would be destroyed.” Honesty is good; it’s hard to fix a problem if we ignore it or gloss over it. But would your sudden distrust in God, or even a change to disbelief in His very existence, change anything about Him? If He exists and is truly good, and omnipotent, and omniscient, and sovereign, would your changing belief about Him change anything about Him, or just about you? Just you, obviously. Someone can not believe I’m an engineer all they want, and it does nothing to my credentials or occupation. Likewise, God is independent of our changing views of Him. So the issue here isn’t really about God, but rather the frailty of our trust in Him. How do you toughen up a frail faith? Let’s work through that today.

I used to work as an engineer at a company that made steel roof joists – like what you see when you look up in any of the big box stores like Wal-Mart. One of the things we did was destructively test a sampling of our joists to make sure they behaved the way they were supposed to. The picture at the top of this post was one such test. You don’t want to design a roof for 30 pounds per square foot of snow load, and cut things so close that an extra inch of snow one year collapses the building. With that in mind, the Steel Joist Institute required us to have a factor of safety of 1.65: each joist needed to be able to handle an overload of 65% of its design capacity.  However, we didn’t want to be right at that minimum where everything had to go perfectly in production to meet it. Everyone involved in designing and building the joist are fallible, after all. So we liked to see tested joists not failing until loaded to twice what they were designed for. And those overload conditions did happen over the years. I remember a case where a roof drain got plugged on one building during a bad storm, and the roof collapsed under the weight of an unplanned rooftop swimming pool. Thankfully, it failed when nobody was in the building. As it turned out, that was several times what the roof was designed for, and even in failure, the joists performed amazingly well.

We began to look for ways to make our joists tougher – that is, able to handle more permanent deformation (i.e. overloading) without breaking. We found that highly-optimized open-web trusses tend to have common failure locations, like the 2nd web from each end that is noted in the picture. Under normal loading, that web has the highest compression load of any of the webs. Why does that matter? Have you ever stood on an empty soda can? If you stand on it carefully and evenly, you can put your full weight on the can without it flattening. But if you wiggle a little (adding some eccentricity to your compressive load), the can immediately crushes without any warning. That sudden buckling is what we wanted to avoid happening in our joists. Instead, we wanted the long, drawn-out failure mode of tensile yielding that gives lots of warning first (like how silly putty or the cheese on pizza stretches a long ways before it finally pulls apart). Getting back to our joists, since that second web will tend to fail first, strengthening that one member on each end can significantly increase the failure load, and the chance for people to evacuate an overloaded building. I personally got to repair a joist that had failed in testing at that web, and then watch the amazing performance as it was retested. Not only did it pass the test, it maxed out the test equipment! Such a small change for such dramatic results. That test convinced me of the value of thinking about how my designs react when taken outside their design envelope.

Now, what on earth does any of this have to do with Christianity or apologetics? The Bible tells us that we are in a spiritual war, whether we realize it or not. Chances are good that at some point in the Christian journey, your trust in God will be severely challenged – overloaded, so to speak. How will you react? Are there weak links in your life that look solid until they’re actually put to the test? I’ve seen too many tragic cases of people claiming to be Christians and leaving the church after exposure to some event or some unforeseen objection “destroyed their faith”. Maybe they grew up insulated from any objections, or worse, were told that asking questions was bad. Their trust in God was just a house of cards waiting to collapse the minute someone brought up some of the objections of atheists like Richard Dawkins or Dan Barker (as answerable as those are). Or maybe they grew up thinking that Christian faith was some kind of charm against bad things happening to them (in spite of the overwhelming testimony of almost every book of the Bible, many of the early church fathers, and the long bloody history of martyrdom of Christians the world over up to the present day). That’s called being set up for failure. But apologetics helps us in the following ways:

May you be ever-growing in the knowledge of the truth of God, knowing with certainty in whom you have believed, understanding more each day how trustworthy God is, never failing to persevere through the trials that must surely come. Grace to you 🙂

3 thoughts on “How Apologetics Builds a Tougher Faith”