I had an interesting discussion with several people on Twitter last week regarding the topic of abortion,  and came away with a few observations I’d like to share today.

Just a few observations this week about being good ambassadors, as I learn “on the job” to be a better one myself. So listen to what’s out there; it doesn’t help to answer the question nobody’s asking, and not deal with the issues shaping our world. Talk with people instead at them, and remember that they’re not just icons on screen, but real people, created in God’s image (even if they reject that truth). When it seems like you’re just talking past each other, step back and look for presuppositions (on both sides) that may be preventing you and them from understanding what the other is saying. And, as Greg Koukl, that master ambassador for Christ, would say, “Get out there, and give ’em Heaven!”

Last week, we looked at Greg Koukl‘s classic book Tactics, and how his first “Columbo question”, “What do you mean by that?”, is an application of what’s called the first act of the mind in philosophy. This first act, understanding, is simply recognizing that we have to understand what we’re discussing before we can even hope to be able to decide if it’s true or not. His next critical question to ask is “How did you come to that conclusion?” While the first question addresses the what, this one addresses the why. This serves a couple of purposes: First, the person you’re talking to may have good reasons for holding the position they do, that you hadn’t thought of before, and this gives them the opportunity to share those. But secondly, it places the burden of proof where it belongs – on the person making the claim. As Greg points out, “an argument is different from an assertion… An assertion simply states a point. An argument gives supporting reasons why the point should be taken seriously….”[1] Yet many people haven’t thought through why they hold a certain position. Too often, it’s easier to sit in an echo chamber and not dialogue with people of opposing views who may challenge one’s views and legitimately ask for reasons for the claims made. But this question graciously gives your conversant the benefit of the doubt that they have thought about their position and actually have good reasons for why they hold their view. If they have, now’s their opportunity to convince you. If they haven’t, it can hopefully be a wake-up call for them to examine their beliefs. With that in mind, let’s think about the act of reasoning.

This “third act of the mind”, reasoning, is what allows humans to acquire  knowledge beyond our particular experience, and to abstract from particular truths to universal and/or necessary truths. Reasoning is also where we justify our claims by providing valid arguments. As I mentioned last week, the terms we use, by themselves, can be clear or unclear, but they can’t be true or false. Neither can our arguments; they can only be valid or invalid. What is validity? Peter Kreeft, in his Socratic Logic textbook, defines it thus: “An argument is logically valid when its conclusion necessarily follows from its premises.”[2] He further explains:

Validity is the mechanical aspect of reasoning that allows us to know two specific relations between a conclusion and its supporting premises: when a conclusion must be accepted, and when a premise must be rejected. Let me explain. Sometimes, a case is being constructed in front of us, and we can follow the steps from defining the terms, to making statements about the terms, to “connecting the dots” with valid reasoning. In this case, a valid argument built on clearly-defined, true supporting premises will have a true conclusion. There is no other possibility given those three conditions. But oftentimes, we are simply presented with an assertion. This is the scenario Greg addresses with the Columbo tactic when he asks someone to clarify their terms and give their reasons that (hopefully) transform their assertion into a conclusion. He is working backwards, deconstructing the conclusion to check its foundation. And in this scenario, a valid argument with a conclusion known to be false guarantees that at least one of the premises is false. The validity of the reasoning isolates the problem to the premises. Kreeft likens this forwards or backwards reasoning process to following a river from its unpolluted source to its unpolluted conclusion downstream, or tracing pollution downstream back to its polluted source upstream.

These two acts, understanding and reason, are two necessary steps toward the end goal of truth. But truth is only conveyed in propositions, whether that be the supporting statements or the final conclusion. To judge the truth of those statements, we need to look next week at the 2nd act of the mind… judgement. Until then, here’s a little homework: next time you’re in a discussion with someone who holds a different view, politely try asking them for the reasons they hold that view. In the absence of any opportunities like that, examine the foundations for your own views. Are they sound? As Greg says, “Intelligent belief requires reasons”[1], and that is true for Christians, atheists – everyone. 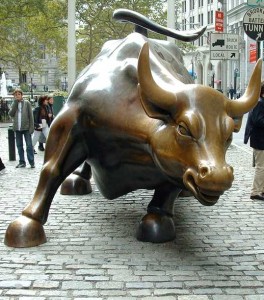