END_OF_DOCUMENT_TOKEN_TO_BE_REPLACED

This last weekend, I spent far more time than planned installing a new hot water heater at my house. But frustrating experiences can often be good teachers, and that project reinforced the importance of having the right tool for the job. Some tools are woefully inadequate for the task at hand, while the more appropriate tool makes quick work of it. The worldview we filter life through is similar in that the wrong worldview makes life less comprehensible and more difficult – or even impossible – to live out consistently; but with the right worldview, everything falls into place. Let’s work through an example of that today.

After finishing the home repairs, I read through the three Humanist Manifestos maintained on the American Humanist Association website. The first was published in 1933, with a second in 1973, and the latest in 2003. Other than the rejection of God, they have some admittedly admirable goals like the elimination of war and poverty, and the security of freedom. Some “freedoms” advocated aren’t so admirable, like unrestricted abortion and euthanasia. After all, killing another innocent human being is murder no matter what euphemism is attached to it. But the general intent seems to be one of sincerely wanting to improve the world they live in. Yet, you can sincerely wear yourself out trying to use a screwdriver on a 16 penny nail  and never accomplish anything. Might I suggest, that despite all their sincerity, humanists are trying to use the wrong tool for the job when it comes to building a better world?

Humanism, according to their manifestos, has some views and goals worth comparing to Christianity. Here are just a few:

I’ve taken excerpts from 3 manifestos written over a 70 year period. I’m not trying to mix and match to paint them in the worst light. Rather, I hope I’ve shown a few ways that humanism has consistently missed the mark in addressing what ails the world. In the end, the fatal flaw of humanism may be found in their statement in Manifesto II: “As nontheists, we begin with humans not God, nature not deity.” And that, my friends, makes about as much sense as grabbing a saw when you need a screwdriver.

On July 17, 1981, 114 people died, and over 200 more were injured, when two suspended walkways at the Hyatt Regency hotel in Kansas City, Missouri collapsed. A connection between the 32 ton walkways and their hanger rods was poorly designed, and a more constructable connection was proposed and quickly approved. What went unnoticed was that the seemingly innocuous revision dramatically changed the load path, doubling the load on the upper walkway, overloading it, and causing it to crush the lower walkway, which then fell to the ground. Since then, this tragedy has been a constant reminder for engineers of the importance of “following the load path”. But we need to do the same when building our worldview. What do I mean? Let’s roll up our sleeves and work through that today.

Like the buildings we design, thought has structure. Good, clear thought builds on the solid foundations of true premises joined together by the strong connections of valid reasoning to achieve a stable structure in the form of a true conclusion that follows from the supporting premises. Bad, confused thought, on the other hand,  may be built on the shifting foundations of false premises, or have true premises inadequately connected by invalid reasoning, or have a true conclusion that doesn’t actually follow from the premises. Reasonable thought requires all the pieces to work together, while just one part being off can make for an untrustworthy belief. Let’s look a little closer at the premises, the logic, and the end goal: a true conclusion.

I harp on logic a lot on this site, but for good reason. Whether you are checking out someone else’s view on a topic, or formulating your own, logic is your friend. For the Christian, God gave you a mind, and said to love Him with all of it [Mk 12:30]. Loving God for who He is requires learning about Him, and discerning truth from error. Moreover, we are told to test everything and hold fast to what is good [1Th 5:21], and to examine ourselves to see that we are in the faith [2Co 13:5]. Luke commended the Bereans for examining the Scriptures to see if Paul’s message corresponded to the truth of God’s Word [Ac 17:11]. Testing and examination require sound reasoning to judge what is true and determine what to do. The Christian is simply not allowed to put their brain in neutral. For the skeptics, you can attend “reason rallies” all you want, but reason is ultimately on God’s side. To paraphrase Augustine, all truth is God’s truth. That’s why I can have no doubts whatsoever that skeptics who follow the “load path” of their own worldview will find it resting on shifting sands, but if they continue to chase after truth, without rejecting God a priori, they will find their surety in God [Ac 17:26-27]. Blessings on you. 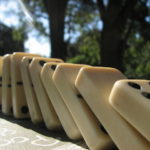