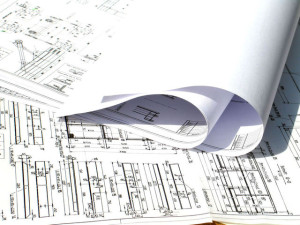 Today I want to offer a modest proposal: that God acting in human history is a reasonable possibility. What I offer here is by no means a “proof”, in even the loosest sense of the word, of the existence of the personal, relational, God of Christianity. But it is, I hope, something that opens the door to possibilities you might have dismissed out of hand in the past.

I’ve heard some very intelligent people through the years say they could agree to the need for a Creator or Supreme Being to “get things started”, but the idea of a personal, interacting God as Christianity describes is a bridge too far for them. This conviction may be due to the fine-tuning of the universe or the amazingly precise information management system of our DNA, or from the recognition of the implications of the law of causality and the 2nd Law of Thermodynamics. This idea that God is a distant “Watchmaker” who wound up the universe and and walked away is typically known as deism, but this is not what the Bible advocates. In fact, the author of the letter to the Hebrews writes “And without faith it is impossible to please Him {God}, for he who comes to God must believe that He is and that He is a rewarder of those who seek Him.”[1] There are two requirements listed here: 1) accept the fact that God does indeed exist, and 2) accept that God will respond to our seeking. In other words, God is not the uninterested, detached god of deism, but rather one who interacts in human history.

We see so much apparent design in our natural world, that we have to ask if there was a designer. And if there was, would that designer leave any kind of message to convey intent regarding his “product”? You can review some of the reasons for believing in a Creator/Designer based on the Teleological Argument (or the argument from design) here, but this really doesn’t take us past the the idea of basic theism, that some god exists. It may be one or more gods; it may be a god who did indeed get the universe started, but who no longer exists for some reason; or it may be that deadbeat god of deism who gets things started and walks away.

Seeing design aspects in nature, I tend to think of God’s designs in terms of engineering. As an engineer, when I design a building, I invest myself in that design. I care about what happens to it. And so I write instructions pertaining to various stages of its lifecycle. A project will typically have sheets of “general notes” on our drawings, and sometimes hundreds or thousands of pages of project specifications.  All of this is to detail what’s acceptable and what’s not in terms of construction materials, building loads and uses, acceptable substitutions, and so on. I don’t just say, “Make it work,” and leave the contractor to guess how to meet the building requirements without any instructions. I’m not going to design a mezzanine and tell the client, “Here’s a mezzanine design for your warehouse, but I’m not going to tell you if it’s rated for a 300 psf load capacity or only 50 psf. Don’t worry – you’ll figure it out pretty quickly once you start stacking boxes on it. If it starts sagging, you’ve exceeded my design.” That would be crazy. When we go to the effort to design something, we try to leave instructions regarding our intent for its proper use. The more complex the design, the more important the instructions are. It seems reasonable to me that if God exists, and put so much incredible planning into this universe, this world, and us as humans, He would provide some “documentation,” so to speak. Now, we have a collection of documents – the Bible – that does, in fact, claim to be a message from this Creator, addressed to His creation.

But how could one know if such a book really is what it says it is? There are a couple of ways. One is to check the accuracy of statements made in it that we can confirm historically and archeologically. If we find its record of history confirmed independently, through other sources, then we are warranted in trusting it to some degree.  In this, the Bible has been confirmed repeatedly. Many things mentioned in the Bible aren’t recorded elsewhere, though. Or if they were, those corroborating sources have been destroyed or are yet to be found. However, when we find archeological evidence for the truth of the biblical records,  in the absence of outside sources, that is a powerful piece of evidence in favor of the Bible. For while we might say that biblical authors were simply copying from their contemporary authors (and so of course they matched up), finding an actual town or a monument to a king or ruler that no other sources besides the Bible ever mentioned is very hard to refute. This has also been been the case with the Bible on multiple occasions. So we have a collection of writings from multiple authors spanning well over a millennium that presents a coherent, historically accurate, archeologically-verified record of events. But it also claims that all of this is due to the divine inspiration of its writers by the all-knowing Creator of the universe, and that He used them to convey His message to humanity. That would explain the historical reliability of it in its accounts of natural history. So could it be telling the truth in its record of supernatural history as well? When Luke records the minutest details about people and places visited, and these are repeatedly confirmed, should we not at least entertain the possibility that he may be telling us the truth when he records miracles as well?

Secondly, there is the issue of prophecy. Anyone who has ever watched the weather forecast knows that it is extremely difficult for us humans to predict events even a few days in advance. Yet the Bible contains prophecies that were made hundreds of years in advance of their fulfillment. While some prophecies might be vague enough to be rationalized, I want to point out one I’ve always found particularly interesting in its specificity. Isaiah 44 and 45 record a prophecy that a specific king named Cyrus would set the captives free, restore Jerusalem, and rebuild the Temple there, without asking for payment or reward. This was fulfilled 150 years later when Cyrus, King of Medo-Persia, allowed the Jewish captives to return to Israel and rebuild their city and the Temple, and even provided them with money to purchase building materials. Predicting the name of a future foreign ruler generations in advance is beyond any natural human abilities and does speak to the supernatural inspiration of the Bible.

In summary, I think the corroborating historical records and archeological evidence, combined with fulfilled prophecy, point to the legitimacy of the Bible’s claim of divine inspiration. And if it is divine communication, then this is truly the most important message ever put into human language, and it is incumbent on all of us to study it relentlessly. For in so doing, we learn not only of a God powerful enough to create a perfectly-planned, finely-tuned universe out of nothing, but also of a God who loves each of us more than we can ever understand, enough that He entered into human history to offer reconciliation and redemption to a rebellious and ungrateful humanity. And that, my friend, is the God I serve.