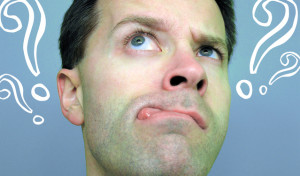 Last week, in sketching a portrait of scientific giant (and devout Christian) James Clerk Maxwell, I ended by asking if you are content to doubt. I’d like to expand on that question a little bit before continuing with that series.

Doubt can be defined as disbelief, uncertainty, or lack of confidence in something.[1] One could also describe it as a condition of being unpersuaded or unconvinced of the truth of a statement.[2] Something each of these have in common is the idea of negation; doubt rarely expresses itself as a clear, positive assertion, but rather acts like a virus on other positive statements, parasitically draining them of their perceived strength. Suppose, for instance, that you say you think it will rain tomorrow, and your friend says that they doubt it. They haven’t come out and made a direct counterclaim that it won’t rain, but… they’ve still conveyed the idea that your statement may be wrong. Do you find yourself doubting now too? Do they know something you don’t? Like a virus, doubt, too, is often contagious.

Why do we doubt?

Let me give you the best reason to doubt before I give the more common one. Discovering contradictory evidence is a great reason to doubt a proposition. We know from logic that two contradictory statements can’t both be true at the same time in the same way. So when we find a legitimate contradiction, that should cause us to doubt our previous belief. However, contradictions are often only apparent ones, and we have to be willing to dig deeper before automatically assuming we found a contradiction in those cases. But there is a much more common reason for doubt, and that is emotion. Often, we don’t like the implications of a belief, particularly if they go against our own self-interest, and so we hope for a contradiction to find a way out of the obligation. We fuel our doubts out of selfishness. Other times, it is peer pressure and the fear of being an outsider that makes us wonder if our beliefs are wrong. But in any case, emotions are fickle things, and not a good reason to doubt our beliefs.

How do we overcome doubt?

[1] http://www.dictionary.com/browse/doubt, http://www.merriam-webster.com/dictionary/doubt, accessed 2016-06-28.
[2] Though not defined as “unpersuaded” in most dictionaries, it still seems to apply here and has a basis in New Testament Greek. When Jesus told Thomas to “stop doubting and believe” the evidence standing before him, the word translated as doubting is ἄπιστος (apistos), which is the negation of the Greek word for faithful or believing, πιστος (pistos). The Greek root for faith is the word πείθω (peitho), meaning “to be persuaded of what is trustworthy”.[http://biblehub.com/greek/3982.htm] Hence, doubt can be seen as being “not faithful because unpersuaded, i.e. not convinced (persuaded by God)”[http://biblehub.com/greek/571.htm]
[3] Ezekiel 33:11, NASB.
[4] Acts 17:26-27, NASB.
[5] John 20:27, NIV.
[6] Matthew Henry’s Commentary, John 20:26-29.
[7] Matthew 7:7, KJV.