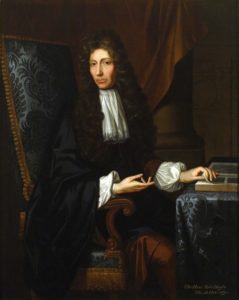 One thought on “Portraits of Christians – Robert Boyle”