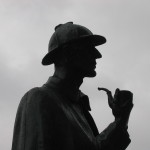 One thing I love about Christianity is the evidential nature of our faith. That may surprise some people to hear those terms used together, but Jesus didn’t ask people to believe on “blind faith” as some would like to assume. I’ve written before on how the very word translated from the Greek as “faith” in our Bibles speaks of being persuaded by evidence or proof. You can find that article here. Today, I want to look at a few more Scripture passages that deal with that evidential nature of faith for some of the first people to follow Jesus.

In the 1st and 2nd chapters of John’s gospel account, we see several instances of people deciding to believe that Jesus was the Messiah (or Anointed One). When Philip had decided to follow Jesus, he told his friend Nathanael that he had found the One foretold by Moses and the prophets, and that it was Jesus of Nazareth. When Nathanael asked skeptically (and maybe a bit sarcastically) if any good thing could come from the poor village of Nazareth, Philip’s  reply was “come and see.” When Jesus greeted Nathanael with “Behold, an Israelite indeed, in whom there is no deceit!”, this surprised him – “How do you know me?” Jesus answered that “before Philip called you, when you were under the fig tree, I saw you.” Maybe this reference to the fig tree held some special significance to Nathanael to warrant the following response, for he replied with “Rabbi, You are the Son of God, You are the King of Israel.” Interestingly, Jesus doesn’t congratulate him for this quick assessment, but rather seemed to question his sudden jump: “Because I said to you that I saw you under the fig tree, do you believe? You shall see greater things than these. Truly, truly, I say to you, you shall see the heavens opened, and the angels of God ascending and descending on the Son of Man.”[1] It seems that Jesus wasn’t looking for disciples who would follow just anybody that came along.

After that, Jesus performed His first miracle when He turned water into wine at a wedding feast in Cana. Immediately after that account, John writes that “This beginning of His signs Jesus did in Cana of Galilee, and manifested His glory, and His disciples believed in Him.”[2] Their belief followed a sign. John tells about Jesus being in Jerusalem at the Passover, and says that “many believed in His name, beholding His signs which He was doing.”[3] For those people also, belief followed a reason to believe. And again, in the same chapter, John talks about Jesus prophesying that He would die and rise from the dead, although they didn’t understand what He was saying at the time. But then John writes that “When therefore He was raised from the dead, His disciples remembered that He said this; and they believed the Scripture, and the word which Jesus had spoken.”[4] This was the ultimate proof.

After the resurrection, Jesus appeared to His disciples, but one of them wasn’t there – Thomas. Although the others told him that Jesus was alive and appeared to them, he was skeptical. His famous response that he wouldn’t believe until he could put his fingers in the nail holes in Jesus’s hands, and put his hand into the gaping spear wound in Jesus’s side, has earned him the nickname “Doubting Thomas”. But what was Jesus’s response when He came back and Thomas was present? Did He strike Thomas dead for his skepticism? Or for his wanting proof? On the contrary, He told Thomas “Reach here your finger, and see My hands; and reach here your hand, and put it into My side; and be not unbelieving, but believing.”[5] And what are the words used for believing and unbelieving? They are the words πιστός (pistos) and ἄπιστος (apistos), respectively. Pistos is the Greek word typically translated as “faith” and comes from the root πείθω (peitho), meaning “to be persuaded”. Apistos is the negation of that, and means one who is unconvinced. Jesus offered Thomas the chance to verify for himself that it really was Jesus, and then told him to let the evidence persuade him and not remain unpersuaded in spite of the evidence.

So did it persuade him? Yes! What was Thomas’s immediate response? He cried out, “My Lord and my God!” Though the rest of his story isn’t recorded in the Bible, church tradition records that “Doubting Thomas” took the gospel to Nineveh (near the modern day city of Mosul, Iraq), and then went on to India, where he was eventually run through with a stake after a confrontation with local Brahmin (Hindu priest caste) who were angry about his preaching and refusal to worship Kali.[6] And yet there are still Christians in India today that trace there spiritual heritage back to Thomas, just as there were in Mosul until ISIS ravaged the city 2014. From skeptic to martyr, Thomas’s journey speaks of a life-transforming persuasion just as strongly as Paul’s change from zealous persecutor of Christians to the “Apostle to the Gentiles” (i.e. non-Jews). But such a transformed life is the natural result of fully understanding how firmly grounded your trust in Christ really is. Borrowing from Philip and Jesus, “Come and see” the evidence for yourself, but then don’t stop there. Believe.