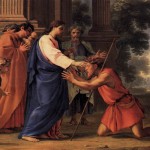 One objection that came up last week during my trip to Honduras was that miracles are impossible, so I’d like to look at that further here. This is a common objection by atheists because they believe nature – the physical universe – is all there is. A miracle is, by definition, supernatural, or “beyond nature”. So with this presupposition in place, any alleged miracle would have to have been an observational error (i.e. what appeared to happen didn’t really happen) or a causal assignment error (it happened, but we’ve assigned the wrong cause to it). But notice the possibility that’s ignored if we leave this bias in place: the straightforward explanation that what was reported really happened. If we are both honest and serious about science, we have to follow the evidence wherever it leads, and recognize when our personal biases are causing us to ignore evidence. With that in mind, I want to address the logical possibility of miracles.

Miracles could be defined as the interaction of God with our physical universe. Parting the Red Sea, turning water into wine, raising Lazurus from the dead, healing the blind and crippled – these are all events that exhibited very real physical results, yet defy naturalistic explanation. The atheistic answer that the miraculous event has either been misreported or has a natural cause we haven’t discovered yet ignores the role the limits of our senses play. Science is based on being able to observe, in some way, the world around us. We typically do this directly through our senses (like sight), or indirectly through instruments that amplify these senses (like microscopes). We also observe events using instruments that can register phenomena that we can’t detect at all, amplified or not. For example, I used to use a scanning electron microscope that could provide images magnified far more than my eyes (or any other microscope in our lab) could provide. But it could also tell me what the composition of an unknown sample was because it could detect how electrons scattered off the sample in the vacuum chamber. Humans cannot sense electrons (except when getting shocked…), so this is a phenomenon we are completely oblivious to until we use an instrument that is capable of detecting it. Likewise, we have limits on the senses we do have. We can see visible light, but not infra-red or ultraviolet. Bees, however, can see in ultraviolet. We can hear a pretty wide range of sound waves, but we can’t hear the ultrasonic portion of the spectrum like dogs can. It then seems very rash to say that miracles are impossible simply because we can only sense the end effect of a miracle, but not the causal portion.

Does it matter that I can’t explain how God causes the miraculous physical effect? Not really. We take advantage of light and gravity everyday without question, even using the effects of these two phenomena to get electricity from solar panels and hydroelectric dams, despite the fact that we don’t understand the wave-particle duality of light or whether gravity is a wave or an as-yet undiscovered particle. Would we like to understand those and other natural objects and events fully? Of course! But our lack of full understanding doesn’t keep us from accepting the reality of what people have observed and reported throughout history.

Some will say that miracles are different because we can’t personally verify them experimentally like natural events. But by that logic, I shouldn’t believe what most scientists report because I don’t happen to have multimillion dollar lab equipment that I can use to confirm what some scientist said.

Others may say that we don’t have to personally verify everything, but it needs to be independently repeatable to be acceptable. But the greatest miracle, the creation of all nature (which would necessarily be outside of nature by the principle of causality), has only happened once and could never be duplicated without destroying all existing nature first. As a more modest example, we are all physically born only once, never to be repeated. Unique historical events don’t have to be repeatable to be acceptable. Also, it’s important to remember that what we have collected in the single volume of the Bible are  multiple, independent reports of people observing Jesus alive after being most definitely dead.

When we look at the possibility of miracles, or the supernatural in general, we have to remember our own limitations. A man born blind can’t say that colors don’t exist simply because he’s never experienced sight. This is especially so if he has friends telling him they’ve experienced sight and the amazing kaleidoscope of colors it brings. In the same way, we can’t say the supernatural is impossible  just because we haven’t experienced it, and especially if otherwise reliable witnesses report miraculous occurrences. We have to be willing to follow the evidence. And when we are, we find it leads us to God.