Last week, I went over how Albert Einstein’s theories of relativity were a more comprehensive model of the universe than previous theories, and how a worldview that can acknowledge the possibility of miracles is likewise more comprehensive than the atheistic worldview. Apart from whether God exists or miracles do occur, the worldview that can handle those possibilities without breaking is, all else being equal, the more robust model. Today, I want to conclude that investigation with a look at one of Einstein’s more unique “thought experiments”.

Einstein was famous for his thought experiments, and for good reason. He worked as a clerk in the Swiss Patent Office, without access to laboratories and expensive equipment to conduct physical experiments. Moreover, some of his ideas were beyond the ability to experimentally verify for years. But throughout his life, Einstein carefully reasoned his way through the implications of different ideas via these thought experiments. He published 4 papers in 1905 (while still a clerk!) that revolutionized  science. Ten years later the world would get his general theory of relativity, and Einstein’s name would become synonymous with genius. Among his though experiments about lightning flashes and clocks and measuring rods on moving trains, he presented an interesting example in his book, Relativity, that I want to look at. To illustrate one implication of his theory of general relativity to the question of whether the universe is infinite or finite, he postulates a world of 2-dimensional “flat” beings living in a  2-dimensional “flat” world with “flat” tools for measuring their world. To the 2-D beings, depth is a foreign concept. Says Einstein, “For them nothing exists outside of this plane: that which they observe to happen to themselves and to their flat ‘things’ is the all-inclusive reality of their plane.” [1]  While he proceeds to build on this to look at the finitude of our universe,  what caught my eye was his point that only what happens in-plane is observable by the 2-D beings. This got me thinking of my own little thought experiment.

Suppose their flat universe is a region contained in a 3-dimensional universe. Maybe their entire existence is contained in a “tabletop universe” in your study. You, being a 3-D being, are able to look down on their universe and observe them in ways they cannot observe their own world.  For them, they might not be able to see past an obstacle in their path, but would have to go around it to see what was on the other side. You can simply see over the obstacle to know whether trouble awaits them on the other side or not. In some sense, you can see how their choices will play out before they can. But what if your relation with their world wasn’t simply limited to observation, but could also include interaction? While they could move and observe things in the x- and y-axes of their world, you would be able to approach them from the z-axis — “out of the blue”, so to speak. With their observations limited to a plane, your interactions with them would surely be mysterious. If you moved an obstacle out of their way, they would be able to see the effect of your interaction, certainly, but the origin of it? Probably not. It might, from their point of view, appear to defy their laws of physics.

Could you communicate with them? Possibly, though maybe not with the sound waves produced by your vocal chords. But you might be able to communicate with them in ways possible in their plane frame of reference. For instance, if they communicated with each other in flashes of colored light, and you wanted to give them a message, you could do so by translating your thoughts into flashing colored light instead of spoken or written words, in order to put your message in their terms. If you really wanted to interact with them in a way they could understand, though, entering their world would be the ultimate move. Of course, this is the stuff of sci-fi stories, but that’s why this is a though experiment, so let’s keep going. Suppose you could transform yourself to a 2-D being like the ones in the tabletop universe. Your interactions and communications with them would be more direct and personal in such a case. They would be able to relate to you better as one of them, rather than simply a mysterious source of messages and the occasional intrusions of solid geometry into their plane geometry world.  Even if you fully understood the limitations of living in a 2-D world beforehand, having endured those constraints yourself would make your interactions with them more meaningful for them.

Now, I’m not saying that spiritual reality is simply a higher physical dimension, or an alternate/parallel dimension, but I do think this analogy can show the plausibility of miracles. The skeptic often claims miracles are impossible, and yet we can think of scenarios where a completely naturalistic system could have events that would appear miraculous to one set of observers in the system. So to the skeptic, I would ask:

Perhaps, the skeptic’s problem is that they have too small a view of God. They are like the 2-D creature saying that the concept of “depth” is unintelligible and that there is nothing outside their plane. A world beyond their imagination breaks in to our world, and yet it doesn’t fit in their small, simplistic model of how the world works, and so they ignore it. Do you want to be open-minded, a real freethinker? Then free yourself from the constraints of atheism, and be open to the bigger view of reality. But I’ll warn you, when you do that, you’ll discover an added dimension to your world that Christianity best explains. Then you have a choice: do you turn your eyes back down to your flat world, or do you follow the evidence straight to Christ? Choose wisely, my friend. 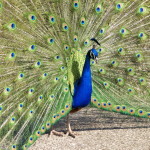