There is a theory, known as Intelligent Design (ID), that postulates that “certain features of the universe and of living things are best explained by an intelligent cause, not an undirected process such as natural selection.”[1] Many people reject this theory out of hand, and yet it just won’t go away. Why is ID so persistent? I would suggest it’s because analogy is so powerful. We tend to think analogically. We use analogies to work through difficult problems. When we have difficulty understanding a concept, a common first move is to try to find some way the new concept is analogous to something we already understand. Of course, all analogies break down at some point. Otherwise the 2 things being compared would be fully identical. But analogies help us to correlate known causes or effects with newly observed ones. Think back to when you had trouble understanding something new, and a friend or mentor who knew you well enough to know what kind of concepts you understood well, said “It’s like this…” and related it to something you were familiar with, and it suddenly clicked.

The problem for the atheist seeking a materialistic explanation for the universe and the existence of intelligent life is that we can’t seem to avoid analogies – comparisons – to design. Intelligent Design is such a persistent idea because so much of nature is analogous to human design. It’s actually pretty difficult to describe many things in nature without using design-centric terminology: we commonly speak of the “genetic code” and the “blueprints” of DNA; different “body plans” of the each species; the fine-tuning of the universe with its “clockwork precision”; cellular “pumps” and “motors”, and the “wiring” of our nervous system; and the “purpose” of different natural components. Even Richard Dawkins defined biology as “the study of complicated things that give the appearance of having been designed for a purpose” and speaks of our bodies as consisting of trillions of cells “organized with intricate architecture and precision engineering into a working machine….”[2]  In fact, the human body has been compared to a “system of systems” similar to a building’s structural skeleton, architectural skin and functionality, and mechanical ventilation, plumbing, and electrical systems, except far more complex than anything any human has ever designed. The analogies between what we see in nature and the results of the human design process really do seem to flow rather readily, don’t they? Of course, the bacterial flagellum has become the poster-child for intelligent design, but why not? The analogy between it and an electric motor, both in function and even in individual parts really is uncanny. When searching for descriptions for natural processes and their results, all of these design-related terms keep rising to the surface as the most appropriate, fitting, terms to use. Why is that?

To answer why this whole debate between Intelligent Design and Naturalism even arises, let’s look at the what analogy really is. Peter Kreeft addresses this topic in his Socratic Logic textbook, where he makes several relevant points.

Now, I would say that ID isn’t simply attempting to make an illustration, but a proper argument, so let’s lay out some terms first. Induction is (typically) the process of drawing general conclusions based on observation of specific instances. The most basic form of induction is induction by simple enumeration. Think of statistics; you measure a certain part of a test population and induce some general conclusion from the sample you measured. The more you measure the more certain your conclusion. But generally, you cannot be certain except in the case that you measure every possible instance. Deduction is (typically) the process of reasoning that applies general principles to specific instances. Provided the premises are true and the conclusion logically follows from the premises, a deductive argument will provide certainty.

Now analogy is said to be a combination of the two because when we draw an analogy, we are thinking of multiple past instances of something, inferring a general conclusion from that previous track record, recognizing (perhaps unconsciously) the common essence tying those past instances together, as well as that common essence in a new instance, and applying that general principle to the new instance. Analogies provide us a shortcut for that thought process. The more cases we’ve seen, the more similarities between those cases and the new one under investigation and the more relevant they are, and the fewer the dissimilarities between them,  the more certainty we can have that the analogy is sound.

So why won’t Intelligent Design go away? Perhaps because we can recognize an intelligent mind behind all of our human designs, can infer that a mind is what’s required to generate any design, can recognize the twin pillars of design – choice and purpose – in many natural objects and processes we observe, and can therefore reasonably apply that concept of design to them even if we haven’t figured out the identity of the Designer yet. Of course, ID is just a scientific theory, and stops short of identifying the Designer, but we can apply what we know about the necessary attributes of this mystery guest to arrive at an identity. The question for my skeptical friends is this: if the evidence points to nature being the result of design, and the omniscient, omnipotent, omnipresent, ontologically necessary, free agent known as God in the Bible is the best fit for the source of that design, will you follow the evidence where it leads? 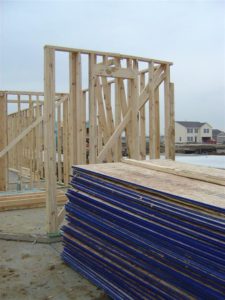