Question: what stops people who eventually fill heaven from sinning after they get there? If it’s impossible for them to sin, wouldn’t that mean they no longer have free will and God is just a tyrant with adoring crowds only because they have no choice? Or if they have free will in heaven, and sin is a possibility, what prevents somebody from eventually sinning, just as Lucifer (Satan) did eons ago? Then that person, and any who sided with him, would have to be cast out of heaven also, just like Lucifer and his fallen angels. What would keep this from just becoming a perpetual cycle of God “starting over” every so often? How is a Christian to respond to this dilemma? Or is this a false dilemma? Let’s work through a possible solution today.

I was reading Alexander MacLaren’s Expository Commentary a while back, and he briefly sketched out a list of ways Heaven surpasses the lost Eden, among which are these 2 entries: 1) “Sinlessness of those who have been sinners will be more intensely lustrous for its dark background in the past. Redeemed men will be brighter than angels.” 2) “The impossibility of a fall.”

I think he hints at why a recurrent fall is not possible. Satan and the other angels were in God’s presence, as Christians will be, but they had never sinned. Once they did, there was no going back. They had full knowledge of what they were rebelling against when they did it. Here in this life, we see as in a mirror dimly, but there we shall see clearly [1Cor 13:12], as presumably the angels did. But we will have the added advantage over them of having tasted of sin (and gracious redemption) before being in God’s presence. We will know all too well the “wages of sin” [Rom 6:23] & never freely choose it once we are in His presence. So it seems plausible that the whole Fall and redemption were necessary in order to achieve God’s ultimate design of a people immune to sin (unlike the angels and Adam & Eve), a people eternally and freely loving Him. Indeed, it’s been said that Jesus’ sacrificial death on the cross was not some kind of “Plan B” for God. That would make sense if experience of sin and subsequent redemption from it were necessary stages in the development of contingent, finite creatures that could truly be sinless.

Are there any parallels to this we could relate to this side of heaven? Personally, there are some former sins in my life that are now just an absolute turnoff to me that I would never willingly choose again. I think maybe that’s a tiny foretaste of the reaction I will have to the thought of any sin when I’m finally in God’s presence. It would seem then that our free will would remain uninhibited, while God’s Kingdom would remain undefiled by sin.

Saying that the redeemed absolutely would not sin inevitably raises the question of whether they truly have free will if certain choices (like being envious, for instance) will never be made. I suspect that we could sin, in that I think we will have freedom to make choices in Heaven, and those choices could theoretically involve sin, but I don’t think they ever would come to that because of our understanding of sin gained from this life combined with our then-clearer understanding of God’s goodness, holiness, majesty, and general worthiness to be respected, obeyed, and submitted to in all aspects.
Consider an example. If you asked me if I could murder my wife or my parents or someone else I love dearly, the answer is technically yes because it’s not a logical impossibility (like square circles) and I have the physical ability to commit the deed. But if you asked if I ever would, the answer would be a resounding “Never!” The idea is reprehensible to me, and would go against both my love for them and my love for God. So even though it might be technically possible for me to commit that particular sin here on earth, I don’t think I ever would, even in the moral frailty of my earthly life. Now, some less “dramatic” sin, for lack of a better description, would be a lot harder for me to rule out here on earth. I may not want to lie, but it would be hard for me to say that I would live the rest of my life never once lying. But I suspect that in God’s presence, the smallest “white lie” would be as significant and revolting as murdering a loved one, and therefore unthinkable by choice.

I’ve tried to be careful here to not speak with certainty on this matter because I don’t want to conclude more than I can support. The Bible doesn’t seem to address this what-if scenario clearly, so I want to proceed with caution and charity toward opposing suggestions. But I think this line of reasoning 1) can demonstrate a plausible solution to the apparent dilemma of human free will versus the sovereignty of God in maintaining the purity of His eternal kingdom, 2) can highlight the possible “design intent” that could explain why God allowed all the evil involved in Satan’s rebellion and mankind’s subsequent rebellion, and 3) does not contradict the Bible in any way that I’m aware of. 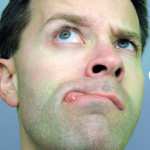