Today, we’re finishing up a look at how Greg Koukl’s “Columbo questions” in his book “Tactics” actually build on what’s called the 3 acts of the mind from classical logic. His first question, “What do you mean by that?”, sought to clarify the words being debated and results in understanding, the first act of the mind. His second question, “How did you come to that conclusion?”, sought reasons for why we should agree to a person’s statement. That is, appropriately enough, reasoning – the third act of the mind. But understanding what someone is saying and why they are saying it both have an end goal: being able to judge whether what they’ve said is actually true, and should be accepted. Getting at the truth is the objective of Greg’s insightful questions, and this requires the second act of the mind – judgment. So let’s jump in and work through that today.

“Judge not” seems to have become the two most popular words to take out of context in all of the Bible,  but judging things (and yes, people) is still necessary. In fact, it’s required for rational thought, for truth can only be discovered through judgment. Judgment is simply to decide on the truth or falsity of a statement. If I decide to drink from the jug of milk in the fridge that I forgot about a month ago, I have mistakenly judged the statement “It’s safe to drink chunky milk” to be true. That is a bad judgment, and one I’ll likely pay for. Knowingly hiring a child molester to babysit your kids would also be a case of very bad judgment. On the other hand, good judgment is valued enough that we even pay certain people to judge other people as their full-time job. We call them… judges. As an engineer, I am given a solemn responsibility to use my “professional judgment” to protect and safeguard the public for whom I’m designing something. But what constitutes good judgment and bad judgment?

Judgment is essentially the relation of two or more concepts to each other to make a statement about them that is either true or false. Judgment is propositional in nature, in that we cannot formulate judgments without forming declarative statements about what we’re judging. Just as in grammar, those statements (or propositions) have a subject about which we have something to say, and a predicate that predicates, or says something about, the subject. I’ve mentioned in parts 1 & 2 that terms and reasoning can’t be true or false, but only clear or unclear for terms, and valid or invalid for reasoning. But here, with propositions, we have a claim being made, and the possibility of it being true or false. We may not know whether the claim is true or false, but every proposition must be one or the other. “This apple is red,” “This chunky milk is OK to drink” “Hitler was a bad man,” “Jesus is God.” Each of those statements relates two concepts (like “apples” and “redness”) in such a way that we must decide if that relation is true or not. If I am holding a Granny Smith apple when I make that first statement, you would be justified in judging it a false proposition, for Granny Smiths are famously bright green rather than red. What warranted that judgment? Simply that my statement did not correspond with reality. While this may seem like common sense, this is technically known as the correspondence theory of truth, namely that truth is what corresponds to reality.  When we are presented with an assertion that we are trying to examine, judgment is needed to decide if the proposition asserted is true or not – if it corresponds with reality. A simple enough statement may be self-evident or immediately verifiable. But many topics, and especially controversial ones, will require hearing supporting statements that must also be judged as true or false.

Let’s look at an example of a modern hot topic. Abortion supporters will often say something to the effect of “my body, my choice” to say that women have a right to an abortion on demand. At that level, it’s only an assertion. But suppose a thoughtful supporter of abortion filled in the premises to that conclusion and said something like, “I have the freedom to do what I want to my own body. Abortion is a procedure done to my own body. Therefore, I am free to choose an abortion.” Although the reasoning is valid (i.e. the conclusion follows from the premises as stated), the second premise is obviously false; there are always 2 bodies involved in the procedure and the successful procedure always results in the death of one of them. If there’s any doubt that the baby is not part of the mother’s body, a simple DNA test can confirm that beyond all doubt. This one’s pretty straightforward since it’s a scientifically verifiable fact that the fetus is not part of the mother’s body. So the supporting premise is false and the original assertion can be dismissed, right? Not so fast. As Peter Kreeft points out in his logic text, “you do not refute a conclusion by showing that it follows from false premises.”[1] The thoughtful opponent could revise their premises to validly support their original conclusion, thus proving their case. So what have we accomplished in judging that premise false? We’ve shown that their case is not as airtight as they had probably assumed. It is inconclusive, and they need to go “back to the drawing board,” so to speak. Encourage them to revise it and get back with you. “Put a stone in their shoe”, as Greg likes to say.[2] Don’t be afraid of what they’ll come back with. If their conclusion really is false, then they simply will not be able to find true premises validly built up to support a false conclusion.

Most of us don’t like to admit we’re wrong about anything. And someone proving us wrong doesn’t make it an easier pill to swallow. So a lot of times, our approach needs to be to help someone see for themselves that their view doesn’t work, because they’re the only one they’ll really listen to. But I’m OK with that. Honest dialogue is like a long journey towards truth together rather than a quick and bloody duel of opinions that goes nowhere. But as ambassadors for Christ [2Cor 5:20], we have this advantage: “Regardless of a man’s system, he has to live in God’s world”[3], and a successful search for real truth, even if it meanders and hits some bumps along the way, will necessarily lead to God, for all truth is God’s truth. 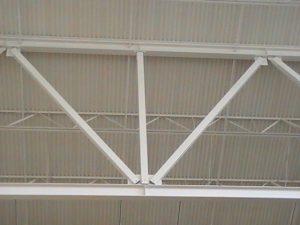 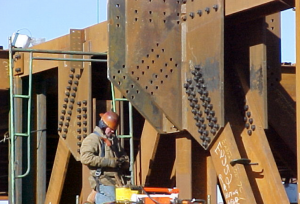