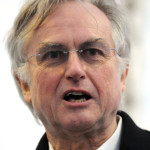 Richard Dawkins has made much of the “appearance of design” in biology being a false positive, and the notion that living creatures actually exhibit bad design that negates the idea of an omniscient Creator. After all, why would God, if He existed, and if He was all-knowing, do things like wire the human eye “backwards”? This is, according to Dawkins, a sub-optimal design that any engineer would reject out of hand, or get fired if he submitted a design like this to his company. In fact, regarding the “backwards wiring” of the vertebrate eye, he admits that it doesn’t actually have much effect on vision, but “it is the principle of the thing that would offend any tidy-minded engineer!”[1]

Oh really? Since he decided to drag us engineers into this, I’d like to ask one question: what exactly do you mean when you talk about an optimal design? I can tell you most engineering designs end up being sub-optimal, regardless of how “tidy-minded” we may be. That’s because we routinely have to make trade-offs between competing goals. I have a book on wood-framed shearwalls that humorously highlights this issue with a side-by-side photo of an “engineer’s dream wall” and an “architect’s dream wall”. The engineer’s wall is very stout and very solid. The architect’s  preference (and most owner’s) is one completely filled with beautiful expansive windows. Which one is the “optimal” wall? Neither one of us is getting what we would call the optimum. Us engineers need some minimum amount of strength that the windows aren’t providing, and the architect needs some minimum amount of holes in our solid wall so the owner doesn’t feel like he’s living in a dungeon! Factor in things like cost and meeting building code constraints and “optimal” becomes a very subjective term with different meaning to different stakeholders. But this is the way most design goes. You can’t maximize one parameter without minimizing another, and at some point, you’ll have 2 (or more) parameters that conflict. Do you focus entirely on the first, or the 2nd? Do you balance them equally? Maybe a weighted average based on your best guess as to which one will govern more often? Unfortunately, no matter which route you choose, someone will come along later, with the benefit of hindsight, and ask why you didn’t do it some other way. But God, being omniscient, has perfect foresight, so that shouldn’t be an issue for Him, right? True, He won’t make a mistake in design due to lack of knowledge or not anticipating future conditions, but the aspect of competing design parameters still applies.

Versatility and specialization are two such competing parameters. Specialized designs seek to maximize a positive parameter like speed or strength, or to minimize some negative parameter like weight or waste, at the expense of other factors. This is evident in animals like peregrine falcons whose hollow bones minimize weight, while their aerodynamics maximize speed. Versatile designs, on the other hand, seek to balance the most parameters at one time to achieve adequate performance over a wide range of conditions. This allows the object to fulfill many roles, or to survive in a variety of unpredictable conditions and possibly even excel over more specialized objects if conditions are constantly changing. Humans, for example, are extremely versatile. We may not thrive as well on our own as more specialized animals in arctic or desert or tropical environments, but unlike most of them, the same human can generally still survive in all of them. And, besides this highly versatile body design, we have the brains to make tools, and shelters, and transportation to overcome our bodily limitations, such that we can even survive in places like outer space where no animals, however optimized, can survive.

So is God required to maximize all parameters that go into a design? No. Some may fall into the category of “square circles” where the parameters are simply mutually exclusive. Is He required to maximize the particular parameter we favor over another that He deems more important? No. As professional engineers, we can seek the input of peers if desired, but nothing says we have to take their advice. The engineer signing off on the design and taking full responsibility decides the direction of the design. Is so-called “bad design” evidence against God? No. It simply means we likely aren’t seeing the whole picture. My own peer reviews of other engineers’ designs have raised questions as to why they chose a particular route, but then they proved quite reasonable after getting those questions answered. It was typically my lack of knowledge of the background of that particular project, or my unfamiliarity with some certain condition they’d been burned by before that made me think they’d missed something “obvious” when they had actually thought through their design better than I might have if I’d been in their position.

Engineers must approach peer reviews with an attitude of humility, but even more so if the design being reviewed is God’s. If I can overlook the good reason a fellow human engineer made the design choices he did, then I should be all the more open to the possibility that I’ve missed something an omniscient Designer did consider. And this is where I would encourage people like Dawkins not to arrogantly assume that there is no good reason for something just because they can’t see it. Tune in next week as we focus on a couple of specific examples where the atheist claims of “sub-optimal” and “bad” designs in nature have actually turned out to be engineering masterpieces.