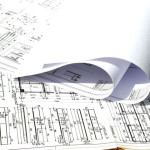 There was an interesting article in the May 2015 issue of Civil Engineering magazine that got me thinking. Their ethics column dealt with the question of misuse of a professional engineer’s seal and made the following statement:

“Inherent in the message carried by a P.E. seal is the element of personal knowledge. With so much trust placed in an engineer’s assessment of professional documents, it is essential to know that the engineer is certifying the documents not on the basis of blind trust or an unsubstantiated belief in another’s work but because he or she has had sufficient personal involvement with the documents to know whether or not they meet the standards of the profession. Accordingly, the requirement of personal involvement looms large both in state licensing laws governing the use of an engineer’s seal and in the codes of conduct….”

Looking at this aspect of my life as a professional engineer and as a professing Christian, I see some parallels between the two.

I want to avoid so-called “blind faith” in both my engineering and my Christian life. I want to “know whom I have believed” as the apostle Paul wrote[1]. In the words of Elton Trueblood, “Faith is not belief without proof, but trust without reservation.” Rather than being blind, only Christian faith is sufficiently well-founded to allow trust without reservations to be warranted. God doesn’t ask us to put our trust in just anything. In fact, He doesn’t want us trusting our eternal life to anyone other than Him. This is why the apostle John tells his readers to “test the spirits to see whether they are from God, for many false prophets have gone out into the world.”[2] This is why Jesus pointed people to evidence of His authenticity, attested to by the miracles He’d done in the sight of those questioning Him.[3] This is why God always reminded the Israelites that He was the God who had led them out of Egypt, who had miraculously fed them in the wilderness, who had driven their enemies before them when they were ridiculously outnumbered by vastly superior forces.  These reminders were a constant call to put their trust in His proven power and love and faithfulness, in His repeated demonstrations that He is the only one worthy to be worshiped and obeyed. It’s a call He still issues to us today, to “taste and see that the Lord is good”[4], to “come and see”[5] for ourselves that He is our only hope, and to make Him our personal Savior.