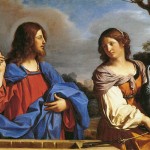 Today’s look at Richard Dawkin’s book, “The God Delusion”, looks at a statement not by Dawkins himself, but one by Gore Vidal that he chose as an introduction to  Chapter 2’s section on monotheism. Dawkins certainly appears to agree with this statement, so let’s tear into it and see whether it has any merit.

“The great unmentionable evil at the center of our culture is monotheism. From a barbaric Bronze Age text known as the Old Testament, three anti-human religions have evolved – Judaism, Christianity, and Islam. These are sky-god religions. They are, literally, patriarchal – God is the Omnipotent Father – hence the loathing of women for 2,000 years in those countries afflicted by the sky-god and his earthly male delegates.” — Gore Vidal [1]

This is so contrary to history as to be laughable. But when bestseller books say things like this, we have to take the time to set the record straight. I can’t speak for Islam, but the Bible clearly is not “anti-human”. On the contrary, the very first chapter of the first book of the Bible tells us that “God made man in His own image”, “in His likeness”, that He “made them male and female”, and “blessed them”. [2] Later in Genesis, God explains how seriously He takes the killing of humans and why: “Whoever sheds man’s blood, by man his blood shall be shed, for in the image of God He made man.”[3] Capital punishment is grounded in the idea that the killing of a fellow human is the destruction of a fellow image-bearer of God. In both of these chapters, we also see God’s command to “be fruitful and multiply.” Rather than being “anti-human”, God tells the human race to flourish and grow, and that He will require the life of those who are truly “anti-human” (i.e. those who murder their fellow humans).

As for the “sky-god” comment, it’s amusing that Vidal charges monotheistic religions with worshiping “sky-gods”, but doesn’t say anything about the polytheistic religions that really did worship gods of the sky, like Uranus, Zeus, Jupiter, and others in the Greek and Roman pantheons. He specifically targets the 3 religions that all claim that there is not a “god of the sky”, but rather one, and only one, Creator of everything.

Now we come to the claim that Christianity is misogynistic, or hateful of women (“loathing” in Vidal’s words). First, Genesis records that it was “not good for man to be alone”, and so God made woman to be a complementary companion and helper.[4]  This establishes from the beginning that women are valued, not loathed, both by God and Christians. Many women were lauded in the Old Testament (Deborah, the judge, particularly comes to mind) . The first witnesses of Jesus’ resurrection were women. Jesus broke with tradition of the time and talked to women one-on-one on multiple occasions, and even discussed theological questions with them, also a radical departure from cultural norms. Some of the early Christian converts commended by Paul were women (Lydia of Thyatira; the “leading women of Thessalonica”; the “prominent Greek women” of Berea; Priscilla, who was specifically included with her husband Aquila as a “coworker in the ministry”; Euodia and Syntyche, “fellow workers” who “shared my {Paul’s} struggle in the cause of the gospel”; Phoebe, a respected member and possible deaconess in the church at Cenchrea whom Paul commended at length;  Tryphena, Tryphosa, and his “dear friend”Persis, 4 women who “worked very hard in the Lord”; Mary, who “worked very hard for you {the Roman Christians}; and Timothy’s grandmother Lois and mother Eunice, apparently responsible for his coming to faith in Christ).[5] Women made up many of the early Christian church, and some of their earliest martyrs (i.e. Blandina in 177 and Perpetua in 203 AD)[6], and it appears that some churches were known as meeting in the houses of certain women, as Paul sent greetings to “Nympha and the church that meets in her house”.[7] One has to wonder why women would be drawn to Christianity if it were such a “woman-loathing”system. And why would Paul feel the need to thank and commend so many women in his letters to the churches if he “loathed” women?

But we don’t have to stop there. Most of the women’s rights in the world have come about specifically from countries with Christian backgrounds. Odd coincidence…. Paul taught from the beginning that “there is neither Jew nor Greek, slave nor free, male nor female, for you are all one in Christ Jesus.”[8] With that one statement, he eliminated any basis for Christians to ever support racism, slavery, or sexism. Moreover, he told the Ephesians that “husbands ought also to love their own wives as their own bodies”. In fact, Christian husbands are directly commanded to “love your wives, just as Christ also loved the church and gave Himself up for her”.[9] That is an unconditional, self-sacrificial love that stands in sharp contrast with Greek and Roman cultures of the time where the wife was little more than a slave with little to no rights. It also exhibits the value accorded to wives in Christianity. In fact, although Vidal (and Dawkins) disdain Christianity as a patriarchal system, it was the influence of Christianity in the Roman empire that gained women much of their rights there.[10]

A Christian “loathing” women is acting contrary to what the Bible teaches. In fact, we’re supposed to love even our enemies, so how on earth could a Christian ever justify “loathing women”? He couldn’t. Do we acknowledge that men and women are different and complementary? Absolutely. However, it’s not hateful to recognize differences. We are different biologically, physically, and emotionally. But in God’s amazing plan, we are designed to complement each other, to work together like 2 gears meshing, to do more together than either could accomplish alone. And in recognizing God’s design for us, and the intrinsic value of each other, men and women can both have reason to celebrate.